There are some important factors to consider when setting up a Cel-Fi on your car, boat, tractor or truck and we point out a few of them here.

First up, make sure you have the TWO Cel Fi Apps downloaded onto a phone that is used to manage the device. Only one device is needed to set it up so you don't need it on everyones phone. The apps consist of Nextivity WAVE app and Nextivity MyWave app.

The MyWave app is not required but definitely makes life easier when the CelFi is locked to your phones band and technology which helps to reduce drop-outs.

Here's the links below for both Nextivity apps on the IOS and Android app stores.

or scan the QR code below with your devices QR scanner

Cel-Fi MyWAVE APP
Mobile App to enable your Cel-Fi Go to automatically track the same cellular base station/tower as your phone which reduces drop-outs when travelling between towers.

or scan the QR code below with your devices QR scanner

Now you have the Nextivity WAVE and MyWAVE apps downloaded, read on.

Apart from actually having a sniff of phone service to boost, this is one of the most important steps in setting up your CelFi and can make or break a CelFi system.

A standard CelFi mobile system has two antennas. One antenna is outside that communicates with the cell towers and the other antenna is inside which communicates with the phones. The inside antenna is just like a cell tower and when working properly, your phones will see this as an actual cell tower and connect to it. The problem is that your CelFi's outside antenna will also see your inside antenna and try to boost itself which creates a feedback loop just like when a PA microphone gets near it's own speaker and causes that gastly feedback sound. The CelFi devices are smart enough to see this feedback, but they reduce their output gain to minimise the feedback which severely limits the performance of the CelFi system.

When planning your antenna installation, you MUST consider where to mount them and to keep separation between them. This can be achieved by having the metal in your vehicle, engine block or a large mass such as metal boxes, interior panels etc. between the two antennas.

If you can't get this separation, you need to make something up so there is Radio Frequency (RF) separation between the two antennas.

Also, glass is not a good RF blocking material unless it's a special glass so an antenna mounted on the bullbar will see the inside antenna if not positioned correctly.

Another consideration is RF reflection from the bonnet, so if you mount your antenna on the roof or on the bonnet and you can draw a reflected line off a metal object between the two antennas, then you will probably see your separation values decrease and fluctuate.

You can see antenna separation values in the WAVE app on the Dashboard page and we like to keep ours above 98%.

This is the outside antenna!

Make sure that your donor antenna is mounted high and clear of obstructions. The best place is up on the roof and in the middle, but on the side is OK too.

We know that bullbars with nice looking thick antennas mounted on them look the part, but do you want looks, or for your phone to actually work well. Get the CelFi external antenna up high...

See the above picture of our Landcruiser with the antenna mounted up high on the roof rack. Just remember to fold it down with a heavy duty antenna fold down mount when going under trees and low obstacles...

This is the inside antenna!

If mounting your Donor antenna up on the roof, then the metal roof of the vehicle will normally give the separation that is required, except when the donor antenna is mounted towards the front and reflects off the bonnet. Just keep the reflection in mind.

If you have a different roof material such as fibreglass on a boat etc. then the donor and server antenna need to have mass between them to try and block the signals between each other. Try in the panels or behind solid things that are a permanent fixture.

When mounting your Donor antenna on the bullbar, mount the server antenna down in the foot well behind the firewall or in the rear of the vehicle behind seats, or down behind the front seats which should maintain the Celfi antenna separation.

You can always temporarily mount or place the Donor antenna and the server antenna in the wanted positions, power up the CelFi and connect with the WAVE app and see what the separation is. Move the antennas until you get good separation.

Make sure your Cel-Fi has the latest software installed. Go to Settings / Software Version and it will let you know if there's an update to download.

Make sure the Cel-Fi's Booster Mode is set to Mobile in Settings / Band Settings.

Set the Technology that you require of Auto, 3G or 4G. Normally Auto will suffice, but when you know there is only 3G or 4G in the area, then set the CelFi to this technology so that it doesn't keep searching for different technologies. When back in areas where there could be both technologies, set it back to auto.

Nextivity CelFi MyWave app is used to connect your phone to the CelFi and lock the technologies together which reduces drop-outs while travelling between phone cells.

Make sure your CelFi's technology is set to Auto.

Feedback keeps us in the know how and what is working for different people in different locations and industries.

Let us know by sending us your comments below. 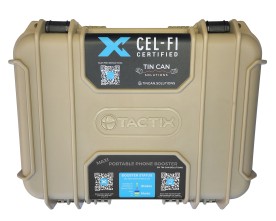 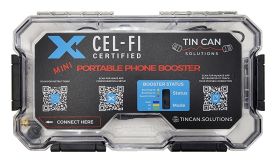 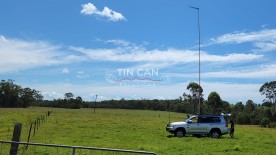